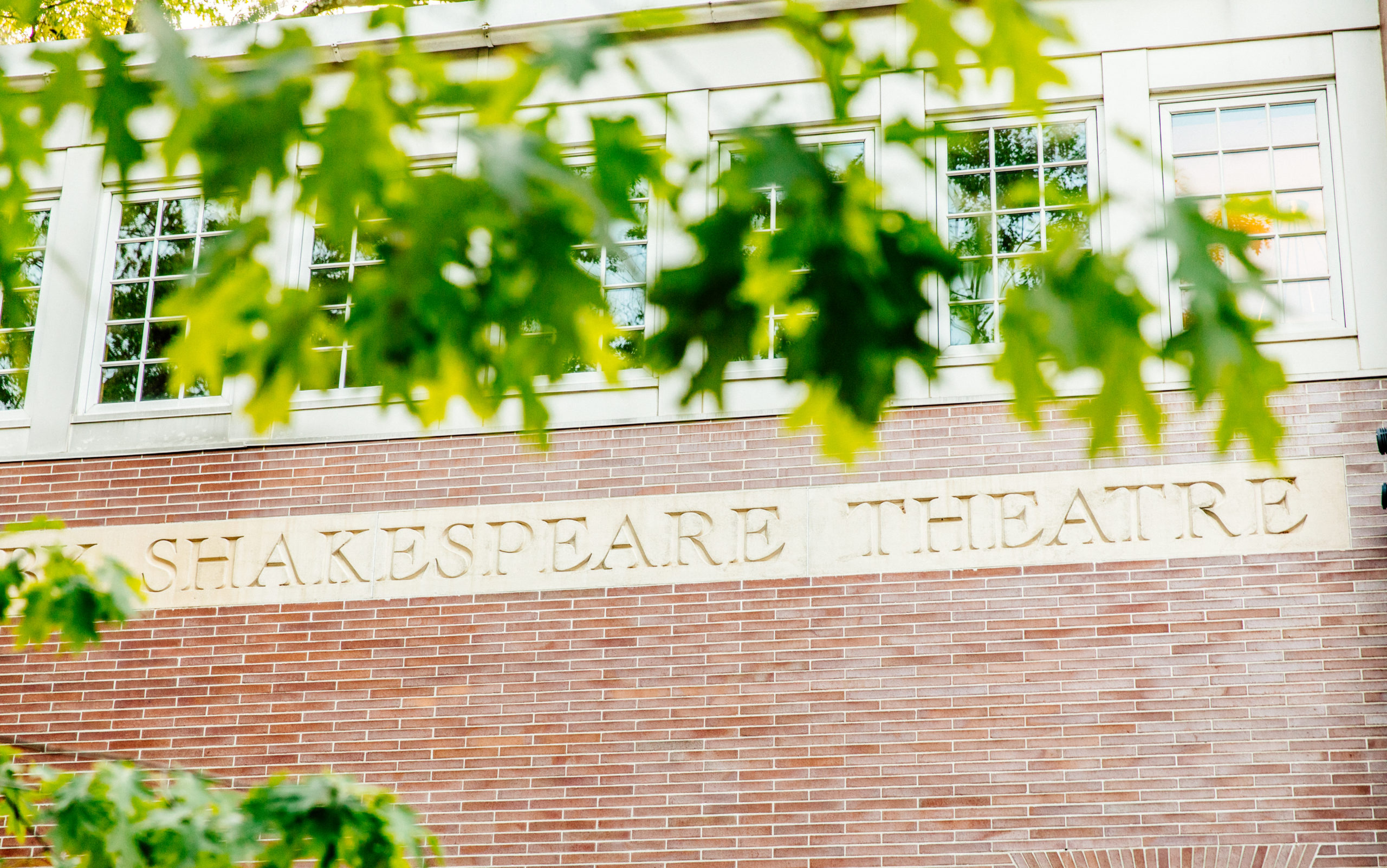 Spark!Lab, where everyone is an Inventor!

Spark!Lab offers any child (ages 5-12 years old and accompanied by an adult), a new informal approach to hands-on learning. Instead of following step-by-step instructions, young inventors will be empowered to problem-solve and overcome real-world obstacles. Spark!Lab offers many unique, project-specific stations, where inventors can engage directly with engineering and design challenges.

This dynamic, Smithsonian-created learning space will inspire young visitors to create, collaborate, and innovate. As New Jersey’s only Smithsonian Affiliate, the Museum is proud to launch the tenth Spark!Lab in the nation.

Stowed Away: A Traveling Philographist and His Arctic Uke

Stowed Away: A Traveling Philographist and His Arctic Uke explores the story behind the ukulele that “stowed-away” on Admiral Richard Byrd’s North-Pole flight of 1926. Featuring Richard Konter’s original ukulele alongside its reproduction, the exhibition reveals recent discoveries about the instrument using advanced imaging techniques.

The ukulele belonged to Richard Konter, a naval veteran of the

Spanish-American War and World War I, who participated in Byrd expeditions to
both the Arctic and Antarctic. For years after the flight, Konter used this
instrument as an unusual “autograph book,” collecting the signatures of more
than 150 individuals—from royalty to presidents, explorers to generals, scientists
to politicians—who added their names to this unique artifact of Arctic history.
To identify these signatures, a wide range of historical sources were consulted to
verify each one. Autobiographical accounts written by Richard Byrd, Laurence
Gould, and Richard Konter supported the identification of numerous signers
while corroborating the signers’ intersection with Richard Konter. Documents,
letters, official crew lists, and photographs, found at the National Archives and
the Byrd Polar and Climate Research Center, offered rich, primary source material, to inform the overall
story of Richard Konter and his ukulele. And Richard Konter’s stepdaughter, Jean Neptune, also provided
her contribution of oral histories, firsthand accounts, and personal photographs.
To further verify the signatures, the Smithsonian Institute’s Museum Conservation Institute (MCI)
scrutinized the surface of the ukulele, deploying non-invasive, digital-imaging techniques. These
approaches revealed details invisible to the unaided eye and allowed the identification of many signatures
that had faded over time. Notable confirmed signatures include Calvin Coolidge, Charles A. Lindbergh,
Thomas A. Edison, and others. Through these culminated efforts, 123 of the 158 signers have been
identified with certainty.

Both On and Off the Streets

On and Off the S 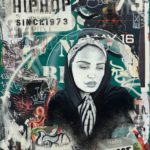 treets: Urban Art, New Jersey is the first museum exhibition to examine the duality of
New Jersey artists whose creative versatility extends from the street to
the studio. Although their outdoor murals are more commonly
experienced in the “open air” galleries that have cropped up in Jersey
City, Newark, Asbury Park, and Trenton, these twelve artists also
maintain a successful studio practice, producing works on canvas,
paper, and wood, as well as sculpture, video, stickers, stencils,
skateboard decks, and fashion. Along with these studio-produced
works, eleven of the artists have painted 13-1/2 feet tall x 20 feet wide
murals directly on the Morris Museum’s gallery walls expressly for this
exhibition to capture the scale and site-specific nature of their street art
practice. The impact of the streets on the studio will be explored, as the
lines between urban art and fine art have become increasingly blurred.
With roots in late 1970’s graffiti, skateboard, and punk subcultures,
today’s street art has evolved into a cultural phenomenon with a distinct
visual language that has reclaimed public spaces in cities across the
globe. Encompassing unique styles and varied techniques, street
artists address topics that range from notions of place to cries against injustice. Not only has urban art
transformed our visual landscape, it has impacted the cultural expression of our time, including fashion,
design, advertising, and the contemporary art canon. While neighboring New York-based street artists
continue to receive attention from museums and cultural centers worldwide, those based in New Jersey have
been largely overlooked. 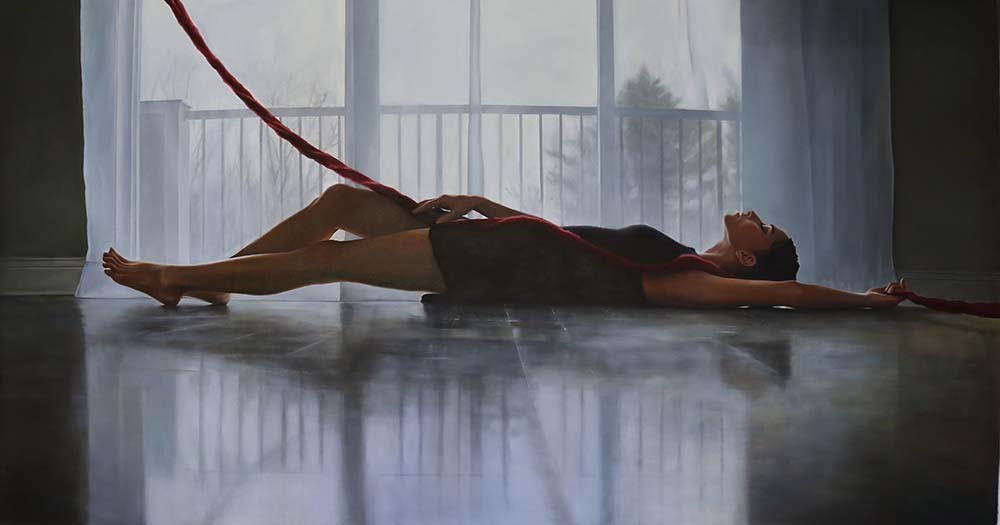 The Morris Museum presents Body Double: The Safarani Sisters featuring the work of identical twin Iranian artists Bahareh and Farzaneh Safarani in their first solo museum exhibition, opening on November 12, 2021. As interdisciplinary artists and collaborators, their creative practice exists at the intersection of visual art, new media art, and performance. The exhibition highlights their studio work, charting a path from their signature “video-paintings”—video overlays of choreographed movement projected onto figurative oil-on-canvas paintings—to new pieces that reflect the fluidity of their outlook. On view are twelve video-paintings, one oil painting, a site-specific installation incorporating augmented reality, and a short film created expressly for this exhibition that documents the artists’ unique creative process. The exhibition opening will be preceded by a VIP preview event on Wednesday, November 10.

The exhibition begins with recent work that affirms the Safarani Sisters’ experimentation with video projection and traditional painting to elicit mood and emotion, including Blue Curtain (2017), Remember (2018), Puppet Dance (2019), Puppeteer (2019), Reflection (2019) and Beneath the Breath (2020). These represent scenes from a continuum, a narrative portraying the growth and evolution of a character depicted through this ongoing body work. Seven new works have been created for this exhibition, including two large pieces—Unravelling Ceremony (2021) and Umbilical Cord (2021)—and four smaller works in series—Perpetual Dance, Sanctuary of Her, The Moment of Comprehension, and Rapture of Dance (all 2021)—that, when installed together, suggest sequential images from a film strip or, with the video overlay, scenes from a movie, further reinforcing the overarching of narrative themes in the sisters’ work. The new, unifying element in these pieces is the imagery of a red rope, symbolizing both connectivity and boundary.

The red rope becomes a physical presence in the site-specific installation. The walls, floor, and ceiling of this room are painted black, creating a womb-like space, with a circle of red rope suspended from the ceiling and an overlay of augmented reality. Extending their experimentation with digital technology further, the sisters bring the experiential effects of their video-paintings into the real and virtual worlds, blurring the boundaries. 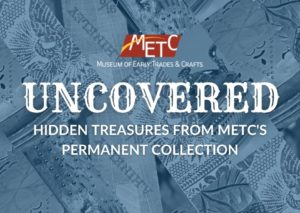 METC’s Permanent Collection represents New Jersey’s development from early European settlement to industrialization. We acknowledge the gaps in our collection, which include indigenous populations, enslaved people, and other groups whose lives significantly contributed to the comprehensive story of the Garden State. Comprised of approximately 8,900 objects, the collection tells complex stories of New Jersey culture, economy, and society through home, shop, and farm trades.

Uncovered: Hidden Treasures from METC’s Permanent Collection situates historic objects and documents at the forefront of the exhibit’s narrative. Artifacts are oriented on platforms and in cases to demonstrate their significance as multifaceted items. As you walk around this gallery, view a selection of objects and historical records from the Permanent Collection. You may adjust your outlook on how these artifacts tell meaningful and intricate accounts of Americans, and specifically New Jerseyans, in the 18th and 19th centuries.

This exhibit tells the stories of those men and women who lived in New Jersey during the early 1800’s, exploring the tools and strategies that helped the people of the time meet the challenges of working the land. One of the focal points is discussions about “moments of change” which include new technologies, innovations, adaptations and breakthrough inventions that would eventually alter people’s lives.