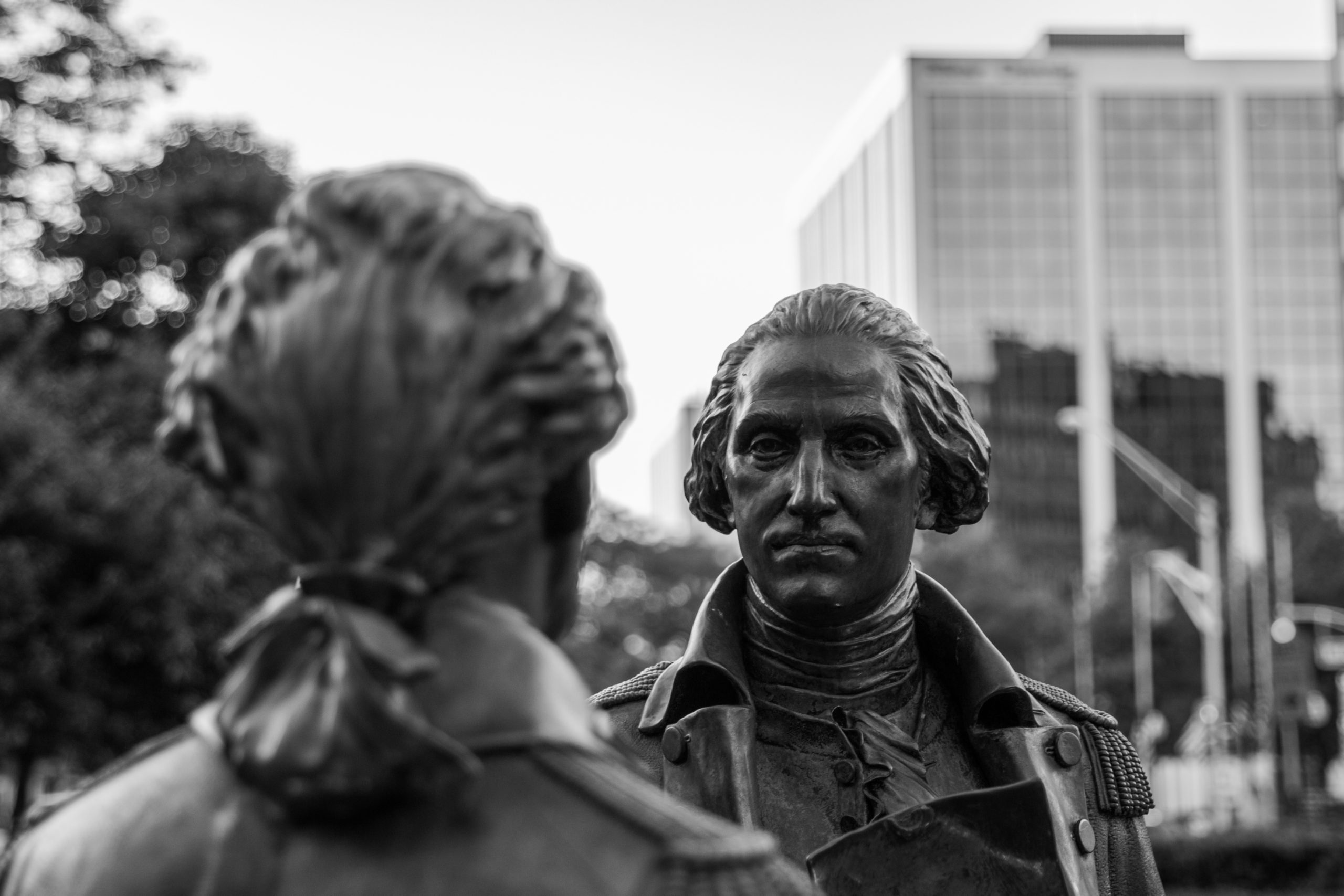 General George Washington visited Morris County on at least four occasions.  He spent two winters during the Revolutionary War in Morristown.  After the battles in 1776 at Trenton and Princeton, the Continental Army and Washington marched to our area and spent three months camped in and around the town.  Washington billeted at the Morristown Green in the town center at Arnold’s Tavern.  A second winter encampment in Morris County occurred in 1779-80.  Washington stayed with the Jacob Ford family at today’s Ford Mansion at Morristown National Historical Park, one of our four national landmarks.  The army was camped at Jockey Hollow, roughly five miles south of Morristown.  Today you can hike through Jockey Hollow’s 26 miles of trails, visit replica soldier huts, and tour the Discover History Center and the Ford Mansion in Morristown. Hike up to Fort Nonsense, a lookout point with views of Manhattan. Visit the Cross Estate and Gardens and the NJ Brigade area. FREE to the public.  Morristown National Historical Park 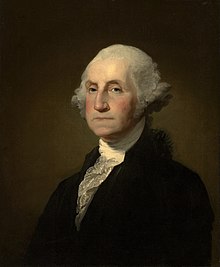 Alexander Hamilton was Washington’s aide-de-camp during the two winter encampments in Morristown. Hamilton stayed at Arnold’s Tavern in 1777 and had an office at the Morristown Green.  In 1779-80 he lived at the Ford Mansion, about one mile from the Green.  Notably, Hamilton would travel between the mansion and the Green and pass by Dr. Jabez Campfield’s home, neighbor to the Jacob Ford Mansion.  Staying there in the winter of 1779-80 was General Philip Schuyler’s daughter, Eliza a.k.a. Betsy. Later in 1780, the couple married in Albany.  Today you can visit the Morristown Green, the Ford Mansion and also Dr. Campfield’s home which is owned and managed by the local D.A.R. chapter.  It is known as the Schuyler-Hamilton House. 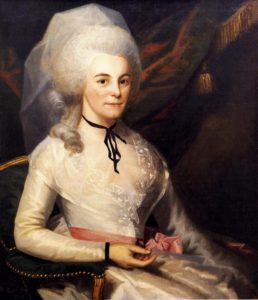 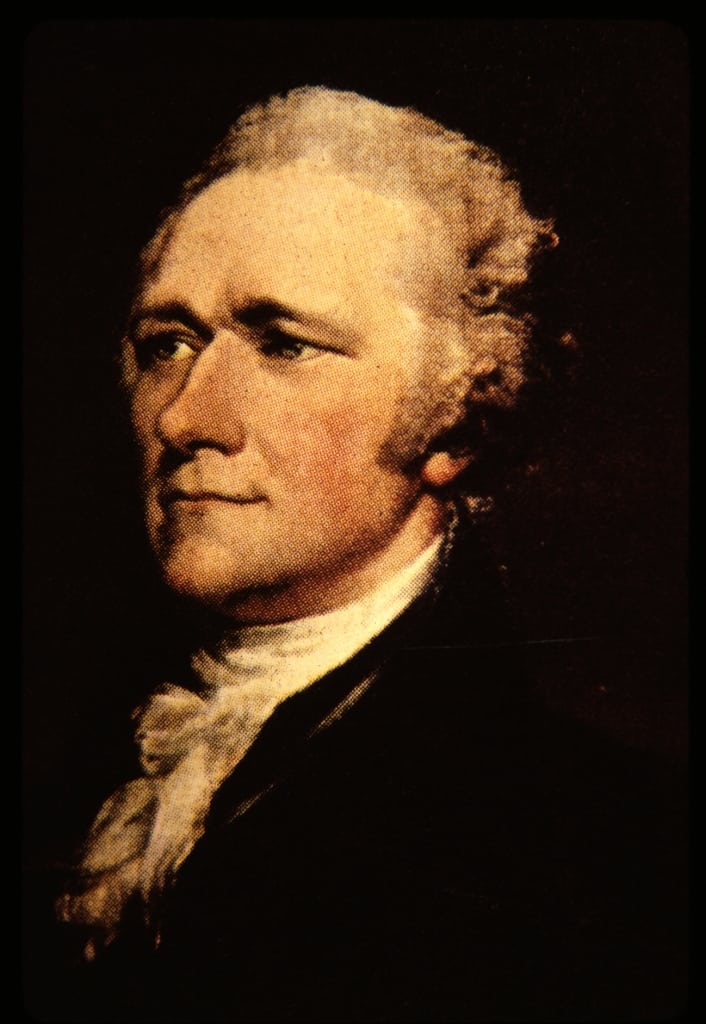 Alfred Vail was a Morristown resident whose family owned the Speedwell Ironworks throughout much of the 19th century.  Alfred, not particularly interested in the iron manufacturing business, moved to New York to study.  There he met Samuel F.B. Morse and together they worked on perfecting the electromagnetic telegraph.  Vail invited Morse to his family’s Morristown homestead where they experimented in the Factory Building, a national historic landmark.  In January 1838 about 400 people arrived in town to witness the duo successfully demonstrate this groundbreaking technology-the dawn of instantaneous communication and the precursor to the cellphone in your pocket.  Today you can visit Historic Speedwell, tour the Factory Building, and several other 19th century buildings across seven acres.  Across the street is Alfred’s brother’s home, George Vail’s Victorian country villa known as Willow Hall, which overlooks the remains of the iron business on tranquil Speedwell Lake.  Willow Hall is also on the National Register of Historic Places, and houses the offices of the Passaic River Coalition. 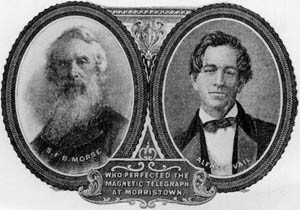 Thomas Nast, the father of political cartooning, lived in Morristown between the years 1872 and 1902. His home on Macculloch Avenue is listed on the National Register of Historic Places and is a national landmark.  Nast lived here with his wife and five children after Nast, who was living and working in New York City, received death threats after helping bring down Boss Tweed and Tammany Hall.  Nast’s majestic Victorian home, known as Villa Fontana, played host to such national figures as Mark Twain and Ulysses S. Grant, friends of Nast.  Nast, in his second story art studio, drew such iconic images as Santa Claus, Columbia, Uncle Sam and the Democratic Party donkey and Republican Party elephant.  Nast was a president maker, with his sketches contributing to the successful presidential races of six presidents.  About 25% of Nast’s total body of work is housed at Macculloch Hall Historical Museum across from Nast’s home.  His home today is a private residence that you can view from the sidewalk, but you can learn much more about him at Macculloch Hall. 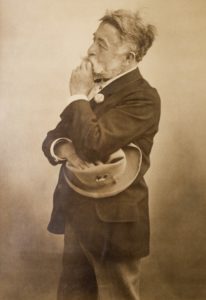 Gustav Stickley lived in Morris County from 1908-1915.  Craftsman Farms is the former country estate of this noted turn-of-the-century designer Gustav Stickley, a major proponent of the American Arts and Crafts movement in decorative arts, home building and furnishing styles.  Stickley combined the roles of designer and manufacturer, architect, publisher, philosopher, and social critic. He is best known today for his straightforward furniture, sometimes called “mission” or “Craftsman” furniture.  Stickley furniture is still manufactured and sold today throughout the world, with vintage pieces being highly collectible.  The only home that Stickley ever designed and lived in with his family is here in Parsippany in Morris County. Today the home is owned by the Town of Parsippany-Troy Hills.  This 30-acre wooded site consists of the main Log House (c. 1908) and outbuildings that housed workers and boys who came to study and learn crafts.  A national historic landmark, you can visit the site and take guided tours.   Stickley Museum at Craftsman Farms 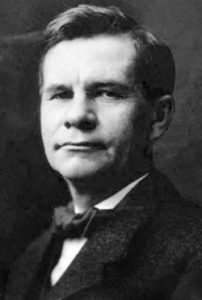 Please plan your visit before you travel to Morris County.  Many sites are closed, have limited hours, or are partially closed due to the pandemic.  As of January 1, 2021, you can visit Macculloch Hall by appointment only.  Morristown National Historical Park can be visited, but only the outdoor areas.  Historic Speedwell is closed at least through April.  You can walk by Nast’s home, but please note that it is a private residence.  The Schuyler-Hamilton House is closed.  You can visit the Morristown Green and see “The Alliance” sculpture (below) and read the historic signage panels.  Alfred Vail and members of the Ford family are buried at St. Peter’s Episcopal Church in Morristown at the corner of South and Miller Streets.  Other Ford family members are buried behind the First Presbyterian Church at 57 East Park Place just off the Morristown Green.  The graveyards are open dawn to dusk. 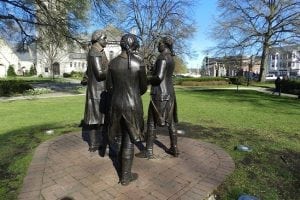 The Alliance:  Washington, Hamilton and Lafayette

Can’t wait to visit in person? May we suggest you visit the websites of these historic sites or our website.  The sites offer virtual programs and lots of interesting information about the notable Morris County history makers we have introduced you to today!  Here some articles from our Blog Archive that may be of interest, too. 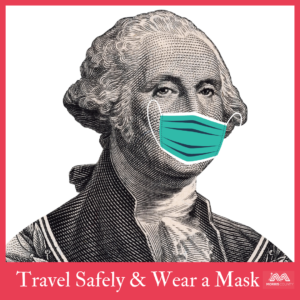 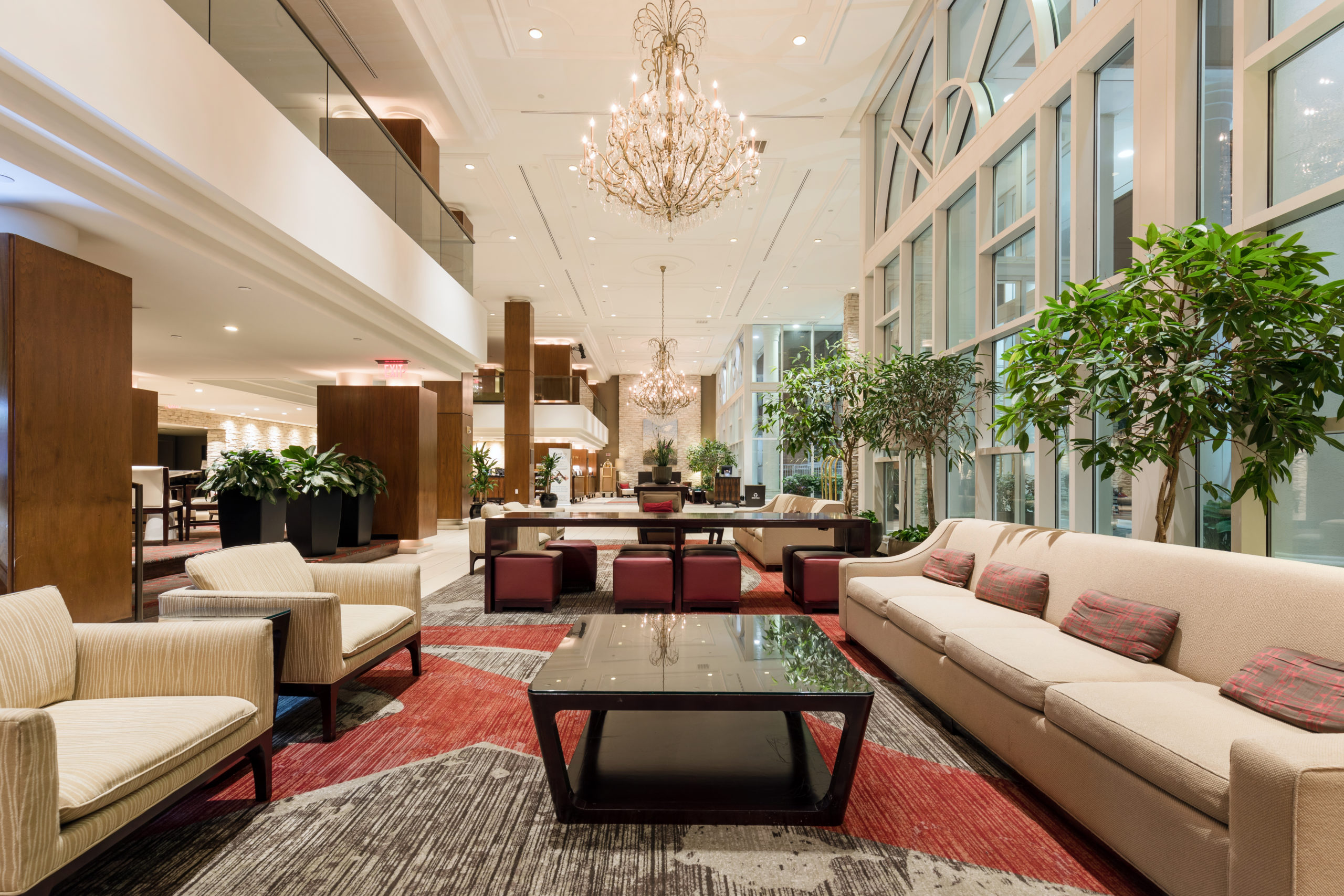 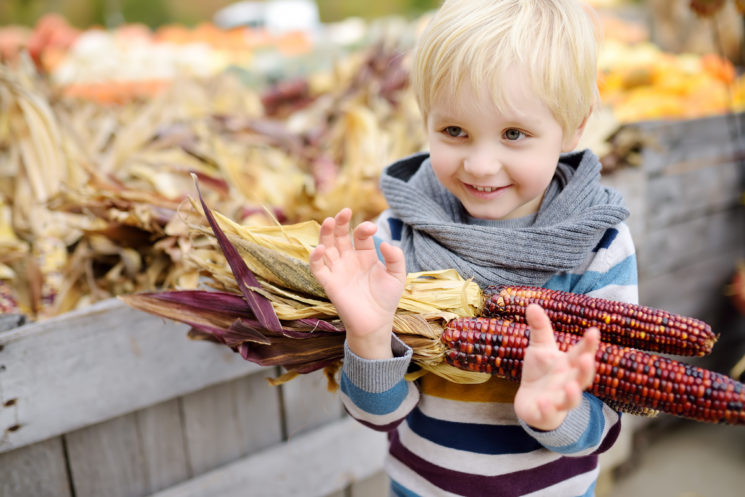 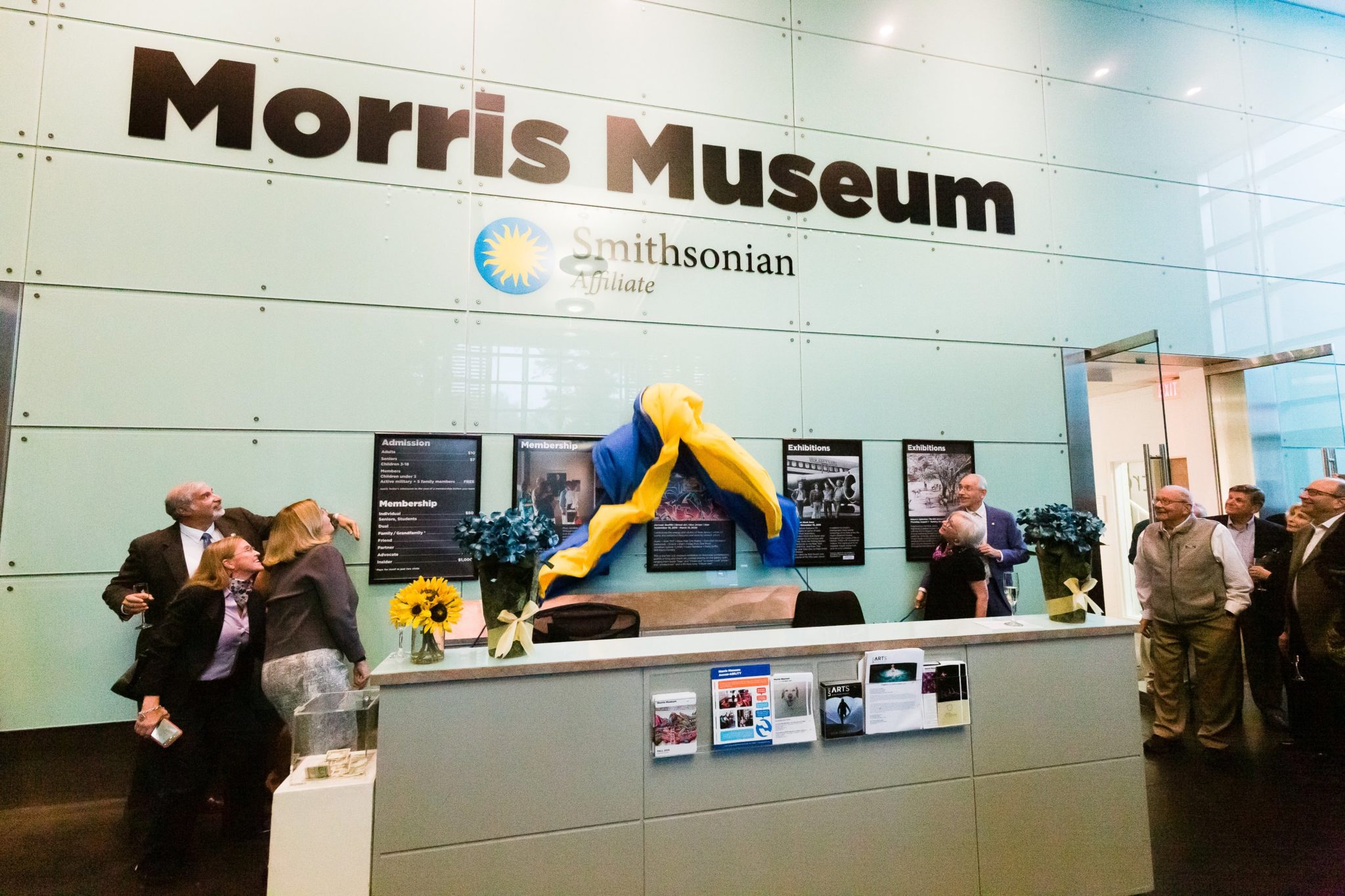