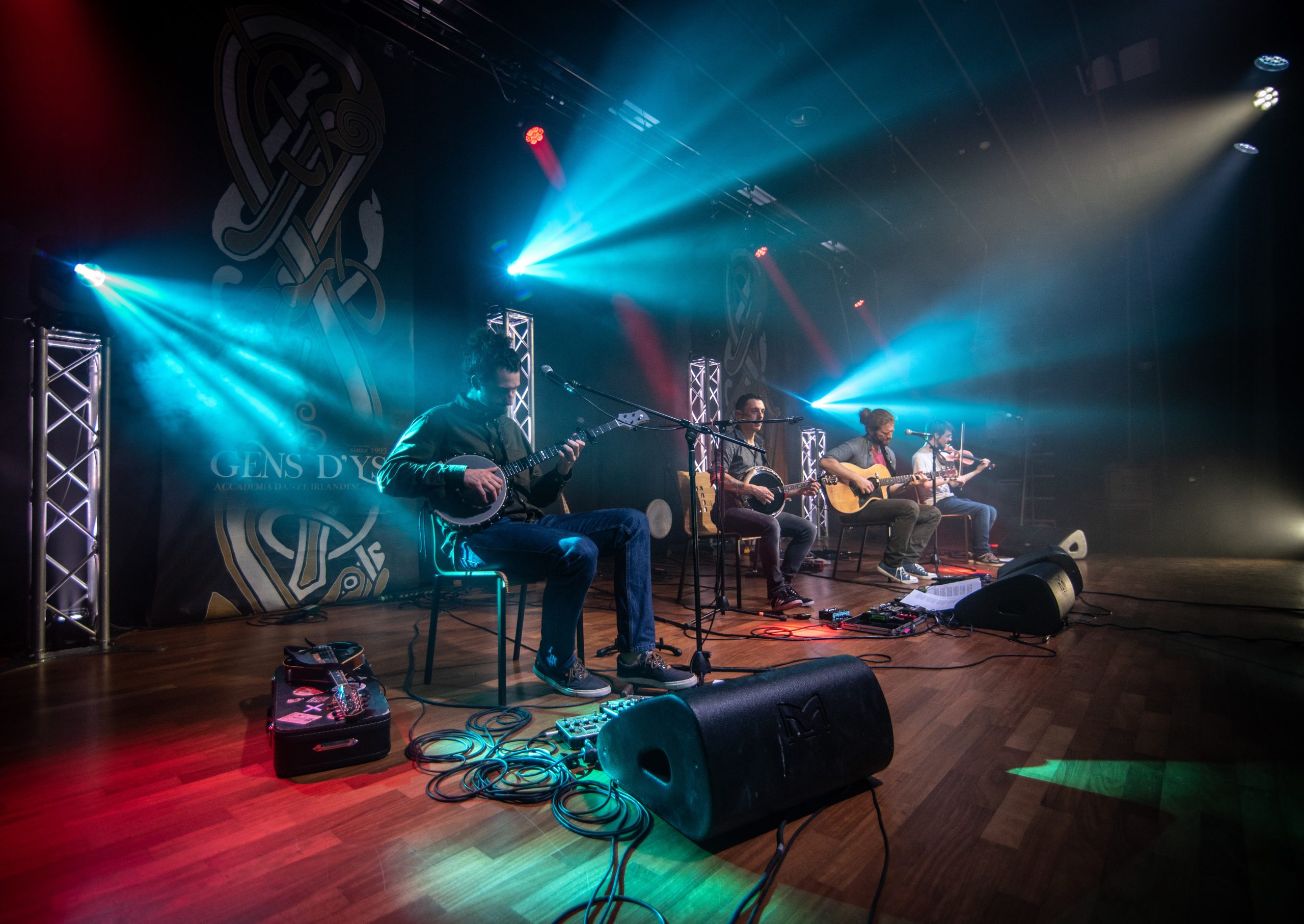 Gadan is the new project created by four experienced musicians from Italy playing Celtic and Old Timey music, with the occasional departure into regional folk ballads of Northern Italy. They deliver a powerful repertoire with a sound comparable to new-trad acts such as Talisk, WeBanjo3, The East Pointers or Runa. The band explores the deep connection between emigrating people from different part of Europe, such as Ireland and Italy, to the United States, through a reinvigorating and modern musical approach. Fiddle, banjos, mandolin, bouzouki and guitar for a “strings-only” sound with a hint of electronics, and a powerful rhythmic pulse.