The Lords of 52nd Street: Legends of the Billy Joel Band 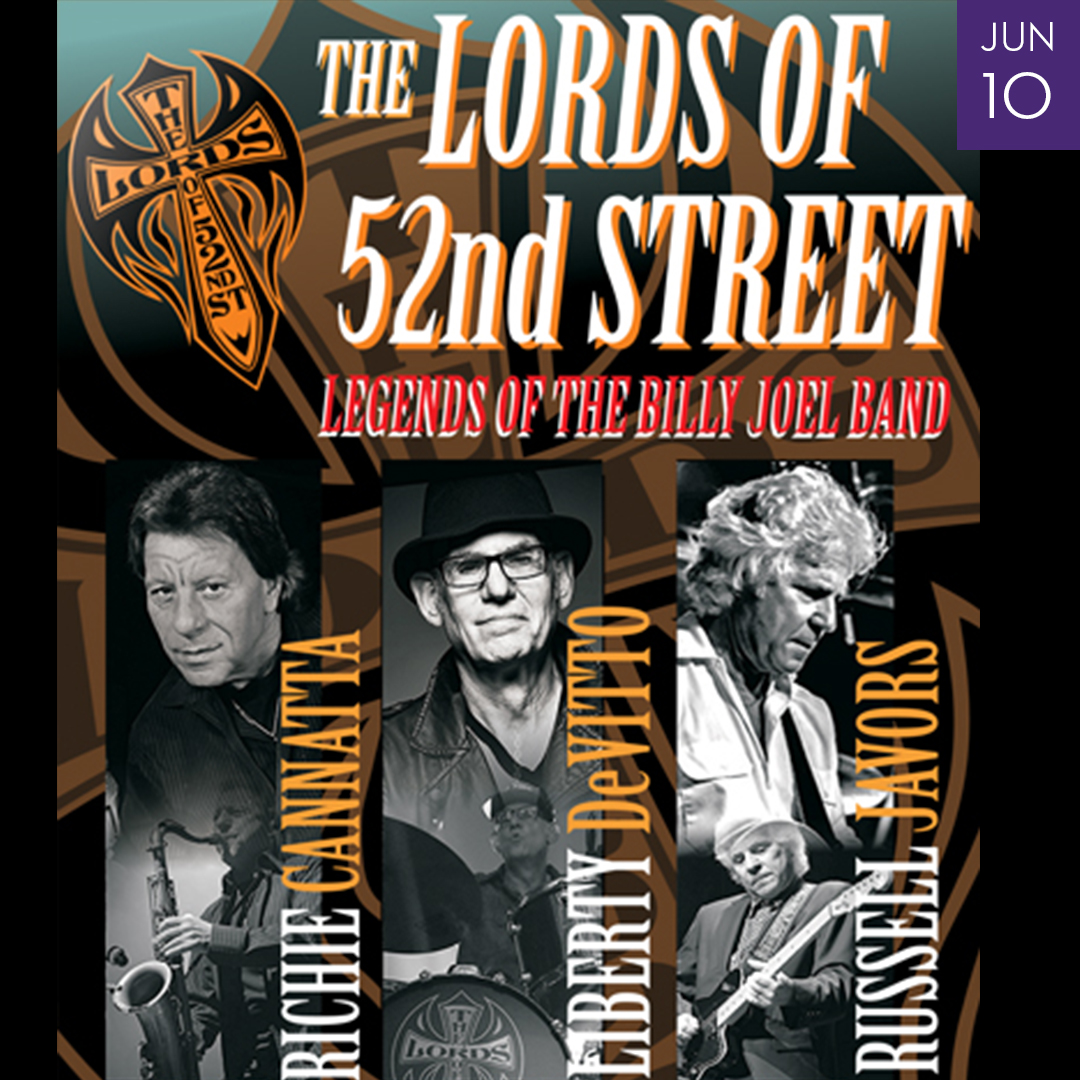 The Lords of 52nd Street: Legends of the Billy Joel Band

Enjoy the music of Billy Joel as performed by his original band members!

Featuring Richie Cannata on tenor saxophone, Liberty DeVito on drums and Russell Javors on rhythm guitar, these are the musicians who performed with Billy Joel in the 1970s and 1980s and were heard on albums such as The Stranger, 52nd Street, Glass Houses, and The Nylon Curtain.