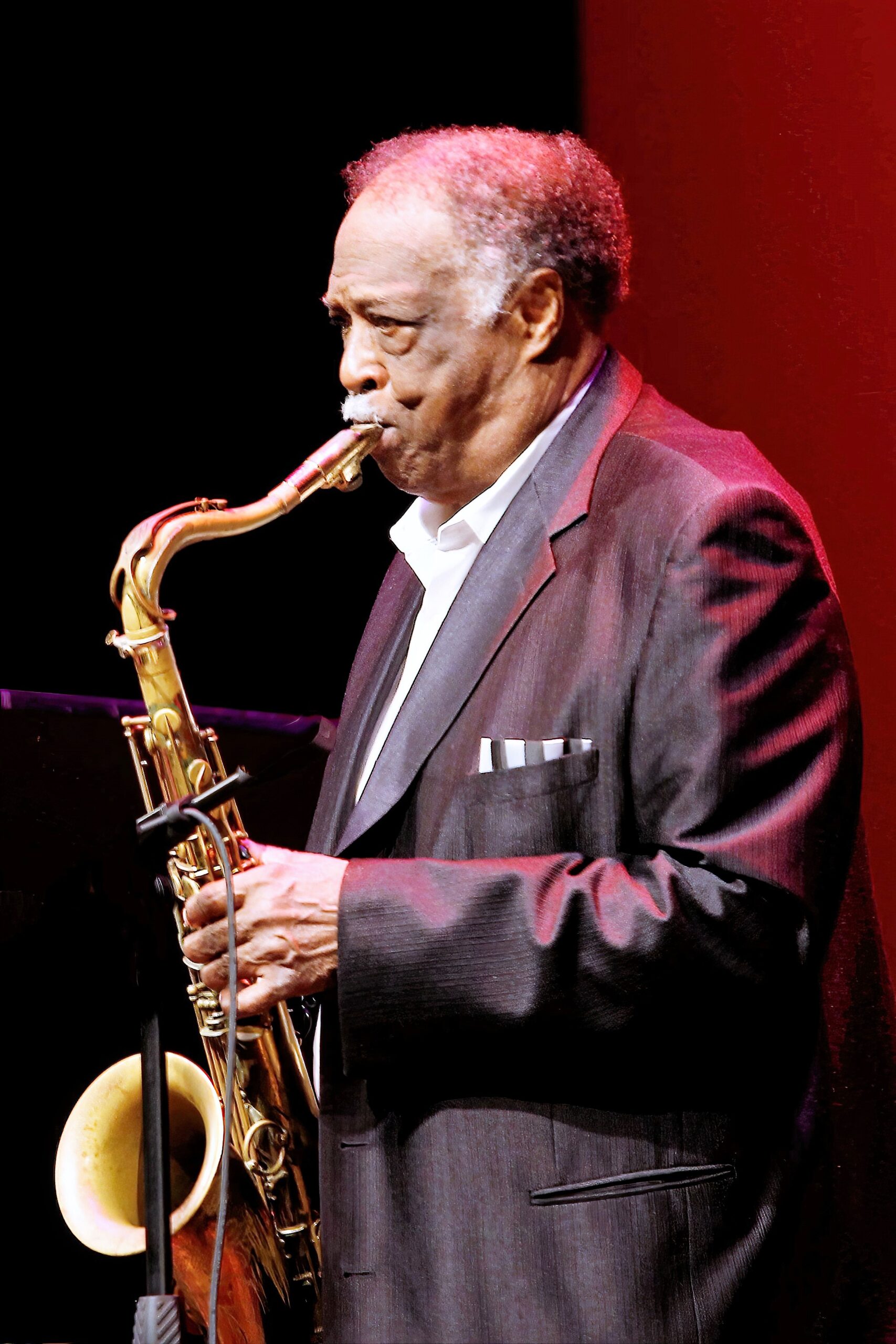 News from the NJ Jazz Society

A Legacy, Two Legends, and the Great American Songbook

MORRISTOWN, NJ — On Sunday, October 9, the New Jersey Jazz Society will be celebrating its 50th anniversary by paying tribute to two Living Legends – bassist Bill Crow and tenor saxophonist Houston Person. It’s all happening in Morristown, from 2-5 p.m. in Saint Elizabeth University’s Dolan Hall. Tickets, which are $35 for Adults ($40 at the door) and $15 for Students ($20 at the door), can be ordered by logging onto www.njjs.org.

During the early 1970s, New Jersey jazz fans would gather at the Chester Inn to hear Chuck Slate’s Traditional Jazz Band or at the Hillside Lounge (also in Chester) to see cornetist Wild Bill Davison or alto saxophonist Rudy Powell, or guitarist Al Casey. In October 1972, under the leadership of the late Jack Stine, a Pluckemin, NJ, liquor store owner, these informal gatherings were transformed into regular concerts, as the New Jersey Jazz Society was formed.

Throughout his career, which began in the late 1950s, Bill Crow played and recorded with a long list of jazz legends including Bob Brookmeyer, Benny Goodman, Marian McPartland, Gerry Mulligan, and Clark Terry. When he celebrated his 94th birthday last December at Shanghai Jazz in Madison, trombonist Art Baron said, “Bill Crow is in a category all by himself. He has the spirit and zest of a young man and is a walking history of our glorious music.”

In 1968, Person teamed up with vocalist Etta Jones for a partnership that lasted more than 30 years until Jones’ death in 2001. “Those were great years for both of us,” he said. “I’d always dreamed of having a band with a vocalist. When we got together, it just worked for us. It was a lot of fun.”
Bassist Matthew Parrish is currently a member of Person’s regular quartet and will be playing at the 50th Anniversary Concert. He was a big fan of Person and Jones in the 1980s when they hosted Brunch at the Blue Note. “I used to go see them all the time,” he said. “For me,” he added, “Houston is probably the greatest vocal accompanist alive. And, that translates to when he doesn’t have a vocalist. He becomes the vocalist. That’s what’s so beautiful about his playing. What’s so special about it.”

Crow and Houston will be joined in Morristown by an all-star supporting cast, led by Co-Musical Directors, Boonton-based tenor saxophonist/flutist Don Braden and Princeton pianist Larry Fuller. Braden has been leading his own bands for more than three decades and has worked as a sideman for vocalist Betty Carter, trumpeter Freddie Hubbard, and drummer Roy Haynes. Fuller has served as vocalist Ernestine Anderson’s Musical Director and played with bassist Ray Brown, drummer Jeff Hamilton and guitarist/vocalist John Pizzarelli.
Said Fuller: “We will be sticking to a program of Great American Songbook tunes, and one of the tunes I play will be an arrangement of Ray Brown’s on (George Gershwin’s) ‘But Not For Me’.” Braden added that he is looking forward to an “expressive, creative and swinging party! Playing with, hanging with, and hearing the various musicians.” In addition to “But Not for Me”, the program will include such other American Songbook favorites as Burton Lane’s “Old Devil Moon” and Richard Whiting’s “Too Marvelous for Words”.

The MC for the afternoon’s festivities will be producer, author, and music historian Chuck Granata. Granata, a Livingston resident, has written four books on music and sound recording and has contributed to and supervised the creation of dozens of album projects, including four that were nominated for Grammy Awards.

In the mid-1970s, Vache, who lives in Rahway, began playing with the Benny Goodman band on the recommendation of veteran guitarist Bucky Pizzarelli. As a result, he found himself in the company of such other stellar players as pianist Hank Jones, trombonist Urbie Green, and tenor saxophonist Zoot Sims. Parrish has performed or recorded with such jazz luminaries as trumpeters Harry “Sweets” Edison and Clark Terry and alto saxophonist Lou Donaldson. Drawing on the influence of such drumming greats as Philly Joe Jones, Tony Williams and Elvin Jones, Tiemann has performed with saxophonist Benny Golson, pianist Harold Mabern, and trombonist Slide Hampton, among many others.

Wijnands was the winner of the 2021 Blues Alley Jazz Society’s Ella Fitzgerald Jazz Vocal Competition. Pianist Pete Malinverni, Chair of SUNY Purchase’s Conservatory of Music (from which she graduated), said: “There’s depth in every note she sings, and every moment is an honest one.” Scheuble, a resident of Rockaway, started to play piano after being inspired by the movie, Ray, based on Ray Charles’ life. She leads the Generations of Jazz Trio, which also includes one of the NJJS honorees, Bill Crow.

Liam Sutcliffe, Waltman, AuBuchon, and Campos are winners of the 2022 NJJS Juried Scholarships.