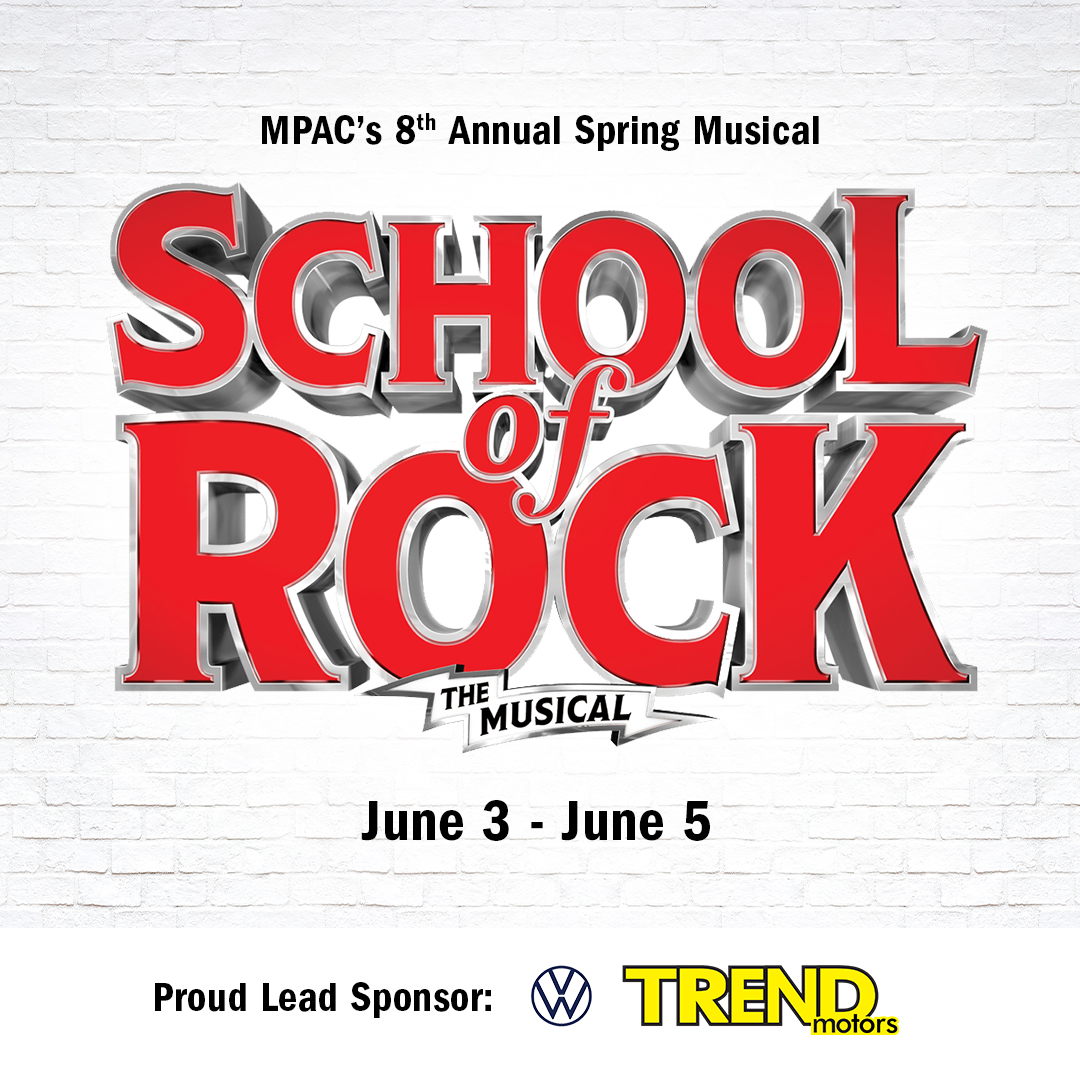 Annual spring musical production returns to the stage for the first time in three years!

Based on the hit movie, School of Rock – The Musical is a loving testimony to the transformative power of music! MPAC’s production of School of Rock features a dynamic cast of several dozen young performers in a professionally produced and staged show.

Rock got no reason, rock got no rhyme…You better get me to school on time! Andrew Lloyd Webber’s School of Rock – The Musical follows Dewey Finn, a failed, wannabe rock star who decides to earn an extra bit of cash by posing as a substitute teacher at a prestigious prep school. There he turns a class of straight–A pupils into a guitar-shredding, bass-slapping, mind-blowing rock band. But can he get them to the Battle of the Bands without their parents and the school’s headmistress finding out?

Reserve Your Tickets for All Show Dates Here