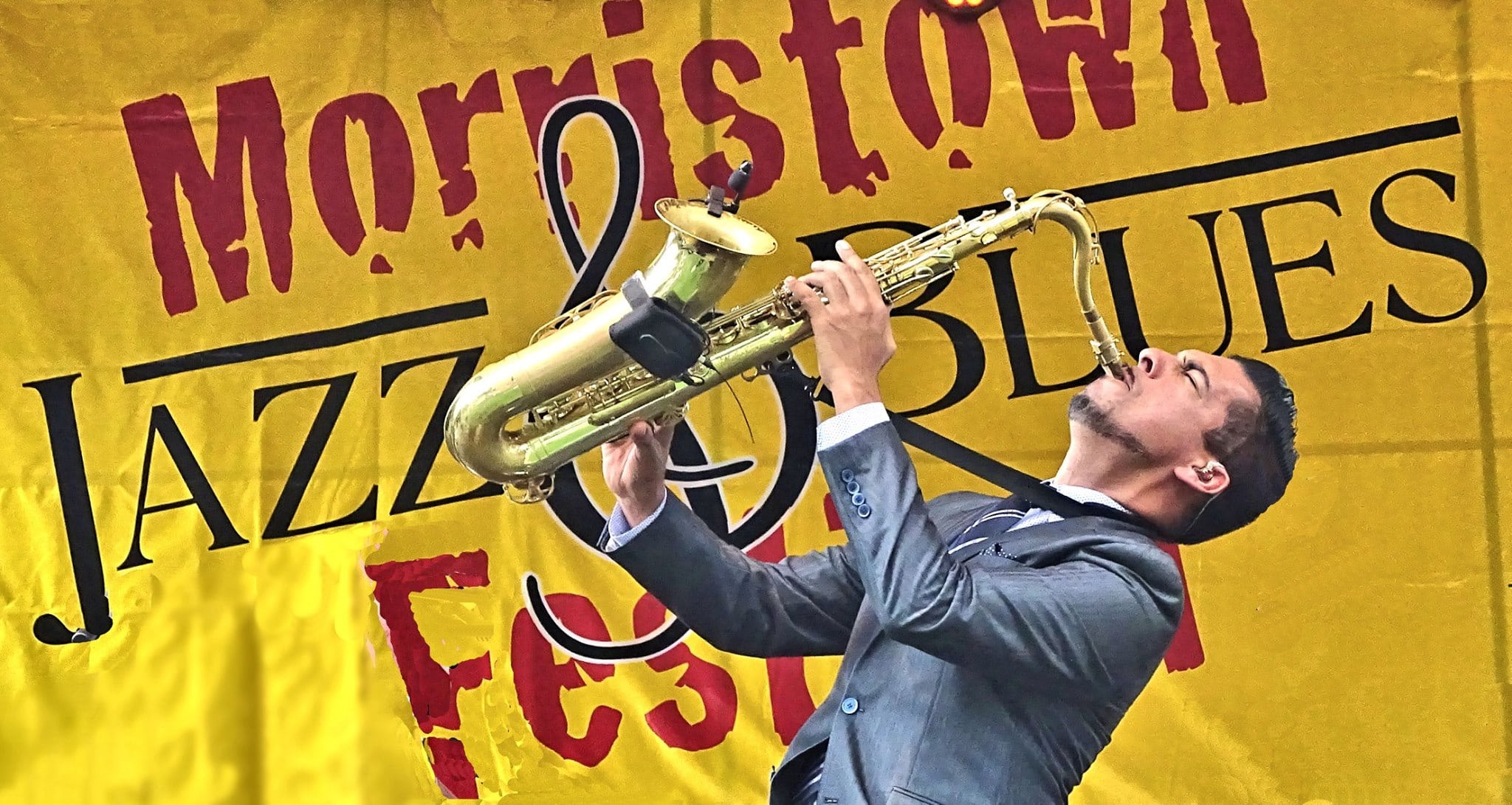 The annual Morristown Jazz & Blues Festival will be held on the Green on Saturday, September 17, from noon until 10:00 p.m. An initiative by Morristown Mayor Tim Dougherty, the Festival enters its 12th year thanks to the generous support of a long list of sponsors.

“Last year’s return following a pandemic hiatus paid tribute to two of our founders, Linda Kiger Smith and Michael Fabrizio,” said Mayor Timothy Dougherty. “And this year, we continue to salute them with an exceptional lineup. Because our move to the third Saturday in September was so popular, we have decided to make the change permanent and look forward to seeing everyone.”

At 4:00, the Festival brings back audience favorite, trumpeter, singer and songwriter, Bria Skonberg and her quintet. Bria, whom the New York Times called “the shining hope of hot jazz,” will blend some new material with classics, featuring her fiery trumpet work, award-winning vocals and always entertaining stories.

The 6:00 set introduces a 17-year-old who has captivated the blues world with her rocking piano playing and soaring vocals, Veronica Lewis. She has been compared to Dr. John and Jerry Lee Lewis, and her debut album garnered two Blues Music Nominations in 2022 for Best Emerging Artist Album and Pinetop Piano Player of the Year. She has also been awarded Boston Music Awards Blues Artist of the Year, the 2021 Blues Blast New Artist Debut Album Award, and the 2021 Blues Blast Sean Costello Rising Star Award.

Our 8:00 set features the legendary blues guitarist Walter Trout who headlined the Festival in 2017. Walter got his start in New Jersey and still considers the Garden State his home, but he honed his reputation with John Mayall and the Blues Breakers in the 1980s. In fact, Mayall has called him “one of the most talented rock and blues players on the world’s stage.” But he is praised by everyone, being named one of the Top Ten Blues Rock Guitarists in the 1990s to having his latest release being called The Best of 2020. He has won scores of awards, including the 2021 Song of the Year from Blues Music Awards.

The Best Western PLUS Morristown Inn at 270 South Street is the official hotel for the Festival and is offering a special low rate for the weekend of September 16 and 17 so out-of-town guests can attend.

The Morristown Jazz & Blues Festival will take place on the Green in Morristown from noon until 10:00 p.m. Admission is free and many local restaurants will be offering specials for festival attendees. Bring your lawn chairs and blankets.

Get More Information at morristownjazzandblues.org