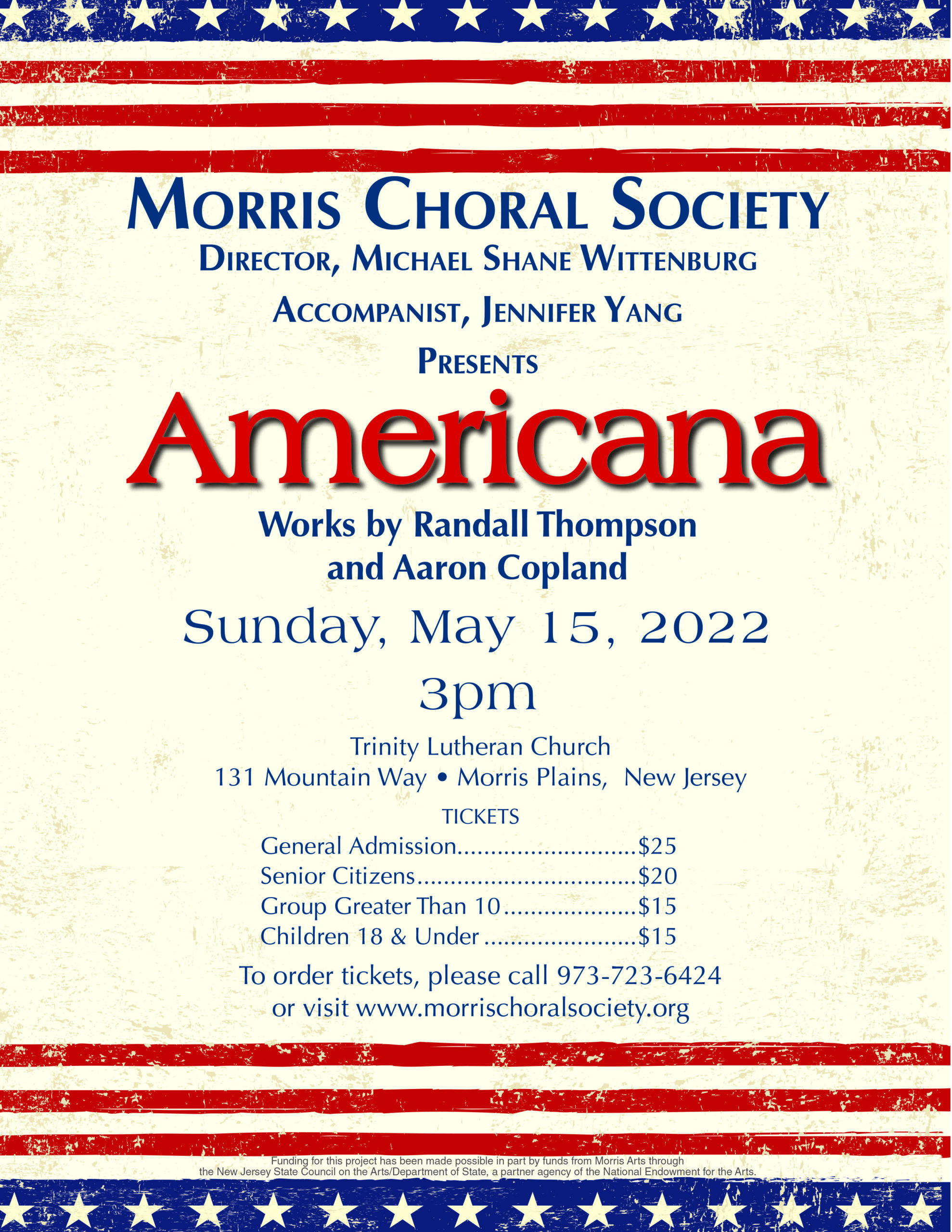 The concert begins with Randall Thompson’s “Frostiana” which draws on the poetry of Robert Frost and is filled with New England pastoral imagery. It is followed by selections of the early works of Aaron Copeland, based on settings of classic folk songs, both sacred and lighthearted.

Baritone soloist Jonathan Green will join the chorus as well as sing several solo numbers including Copeland’s moving “At the River.”

The concert will close with Randall Thompson’s powerful “Testament of Freedom” with the text taken from the writings of Thomas Jefferson and very appropriate today.

The chorus will also pay tribute to Ukraine with a performance of the “Ukrainian National Anthem.”

Get More Information and Reserve Your Tickets Here