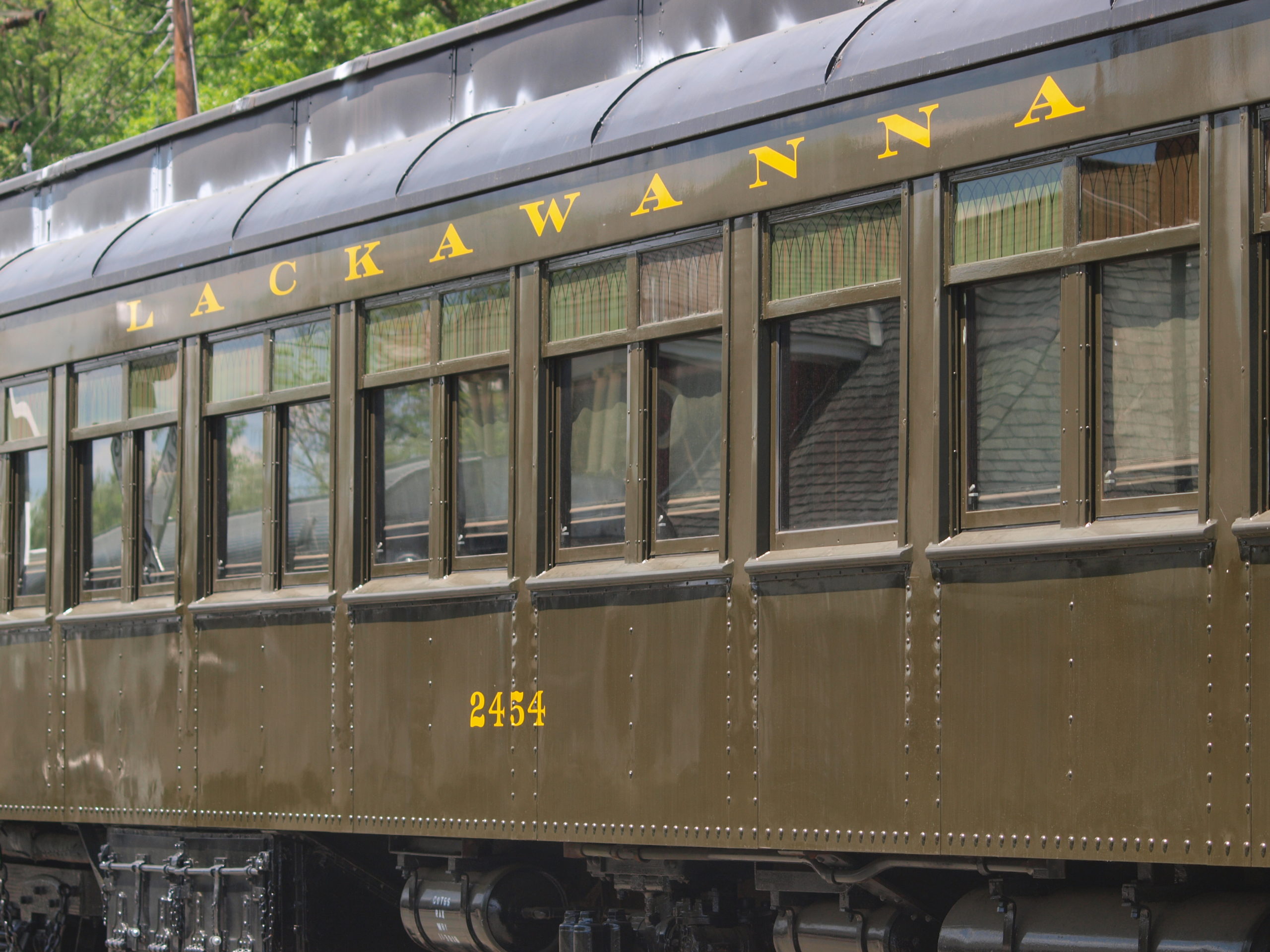 For the first time since October 2019, the Whippany Railway Museum is pleased to offer you and your family Excursion Train Rides – This coming Father’s Day, June 20, 2021 !
Trains will depart the Museum grounds in Whippany, NJ at 12:30; 1:45; 3:00 & 4:15 PM. Masking / Social Distancing Strictly Required. The Museum building will be closed, but weather permitting, the G-scale outdoor model railroad will be operating. Restrooms are available on the grounds, but not onboard the train.

We proudly introduce our Lackawanna Railroad Commuter Subscription Club Car No. 2454, built in 1912. After a seven-year restoration effort by Whippany Railway Museum volunteers, our newest addition is finally ready for its unveiling !

This historic car was constructed by Barney & Smith Car Co., Dayton, Ohio, in 1912 for the Delaware, Lackawanna & Western Railroad (DL&W). Converted from steam-hauled to electric propulsion in 1930 by American Car & Foundry Co. Celebrated New Jersey inventor, Thomas A. Edison rode as a guest, September 22, 1930. No. 2454 was assigned to the Hoboken-to-Gladstone run, on a train known as “The Millionaire’s Express”.

Also part of the Father’s Day train is our long-time favorite, the elegantly-restored 1927-era Central Railroad of New Jersey (CNJ) ‘Club Car’ Jersey Coast. The car has the look and feel of a private club with individual leather chairs, mahogany interior accented with stained glass, built-in tables and period ceiling fans. The Jersey Coast recalls the 1930’s when the CNJ operated its deluxe coach train, The Blue Comet between Jersey City and Atlantic City, NJ. The striking paint scheme of cream and blue reminds one of a comet streaking through space. It is the only car of its type operating in New Jersey.

You can also opt for a ride in one of our restored cabooses and see how the train crew lived on the rails. This part rolling office / part living quarters was the car where freight railroad employees did their administrative work, ate their meals and even slept on long runs.