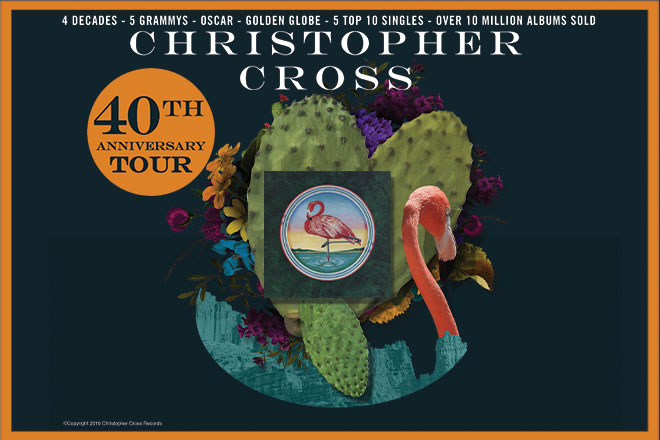 Christopher Cross burst onto the music scene with his 1980 self-titled debut album, winning five Grammy Awards, including—for the first time in Grammy history—the “Big Four” most prestigious awards: Record of the Year (“Sailing”), Album of the Year, Song of the Year (“Sailing”) and Best New Artist. Celebrate the 40th anniversary of this classic album that also includes “Ride Like the Wind” and “Say You’ll Be Mine,” as well as other hits.