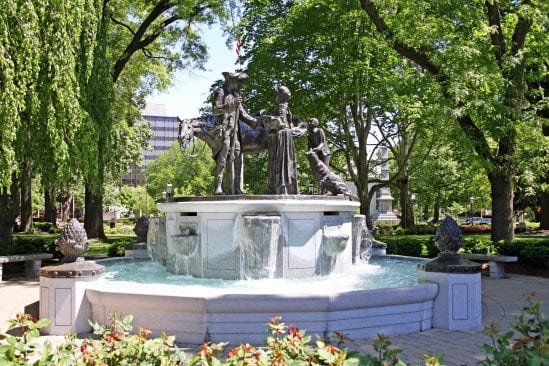 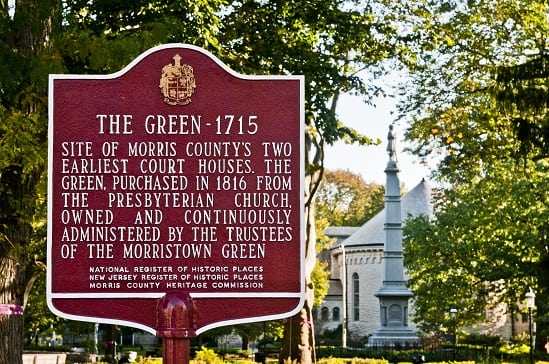 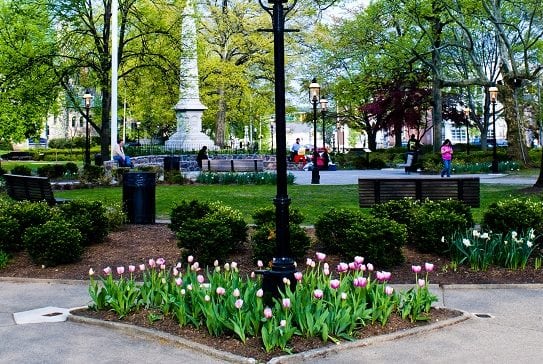 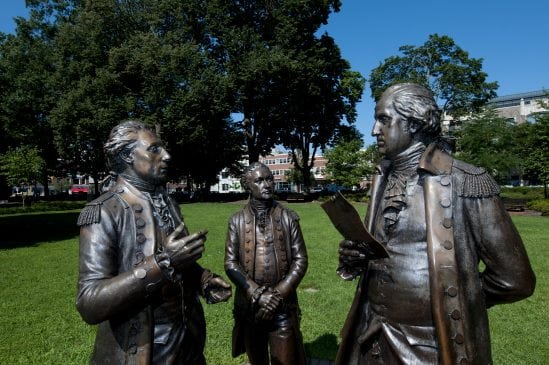 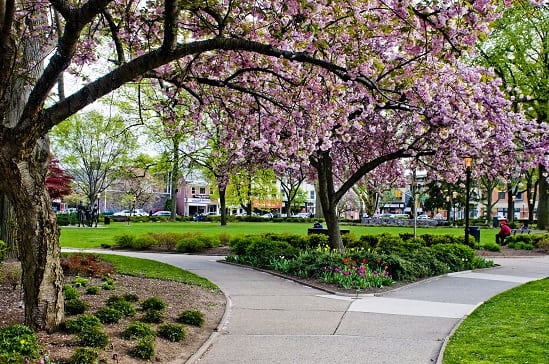 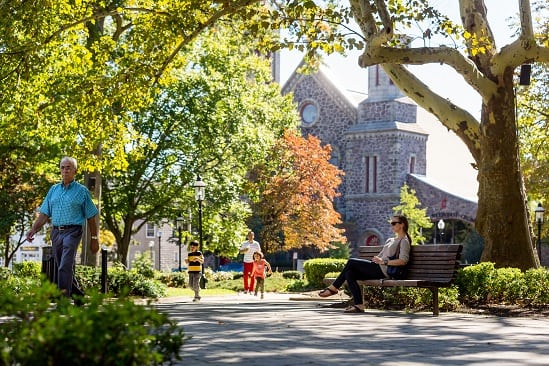 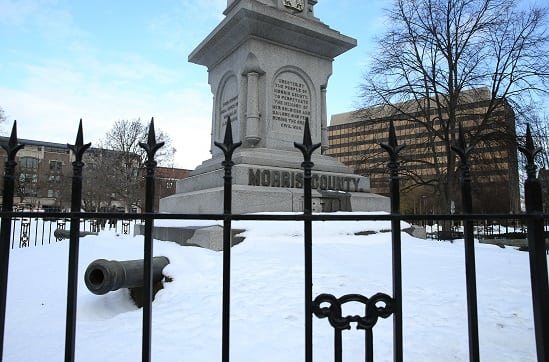 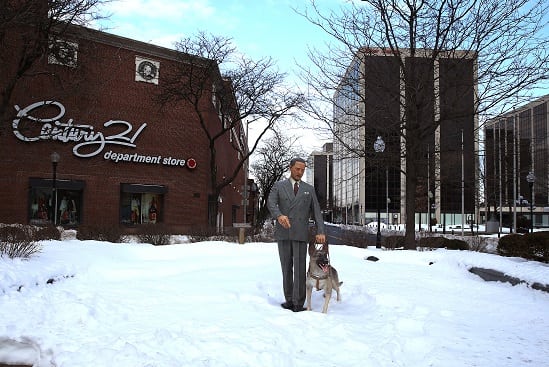 The Morristown Green has been the heart and soul of Morristown since it began appearing on maps in 1715. Over the course of its fascinating 300-year-history, The Green has been a military parade ground, a jail, a public execution ground and common pasture land, but today it is best known as a favorite gathering place for Morristown residents and visitors.

Several statues within the park depict Morristown’s historical importance. One features George Washington, Alexander Hamilton and the Marquis de Lafayette meeting to discuss the French tall ships King Louis XVI of France sent to support the fight for independence. Another serves as a memorial to the Civil War.