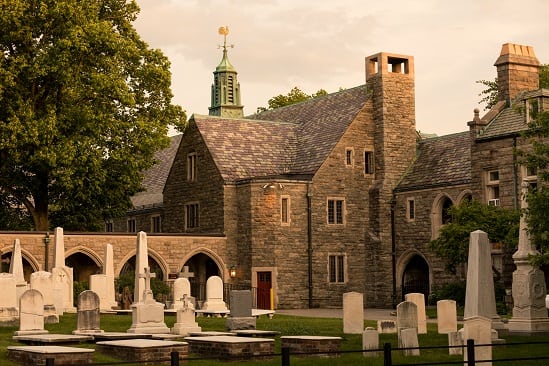 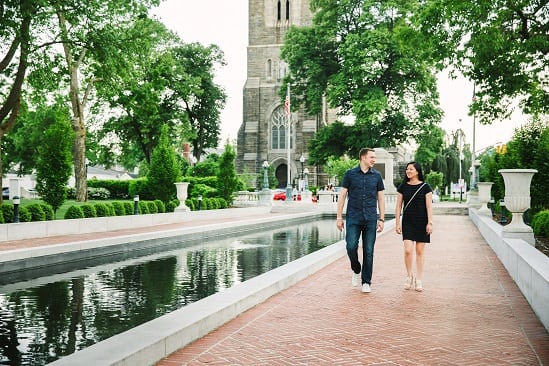 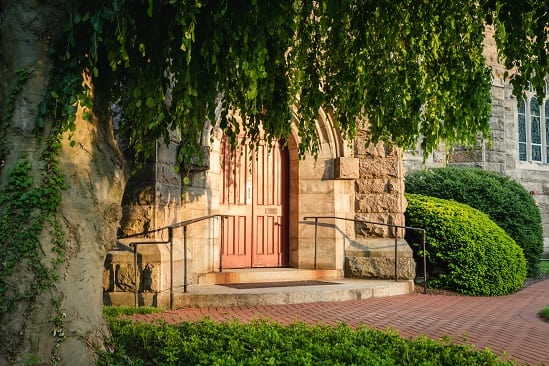 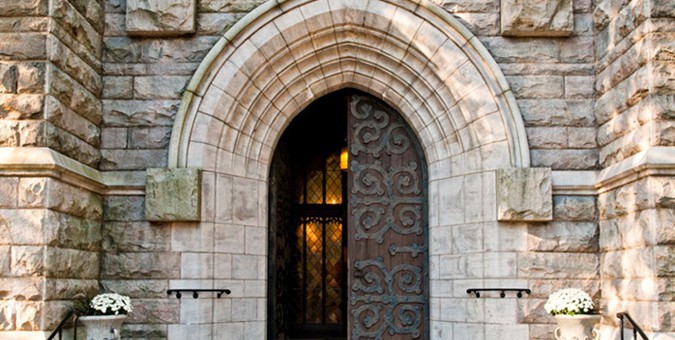 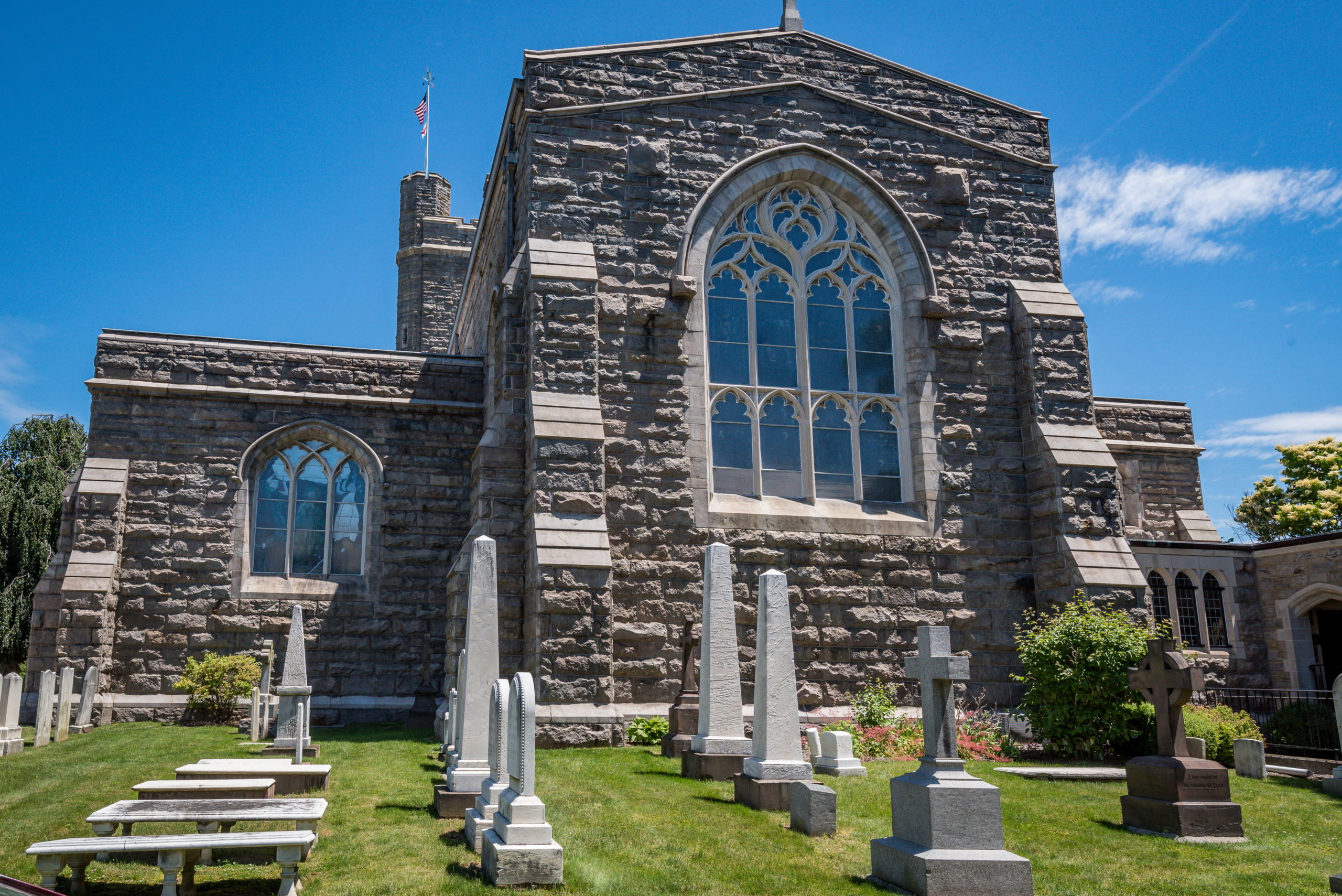 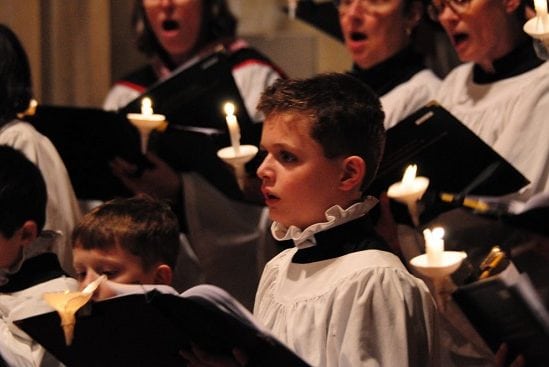 St. Peter’s Church, constructed over 24 years beginning in 1887 by the firm McKim, Mead and White, is one of the finest examples of neo-gothic architecture in the United States. Modeled on classic English-medieval parish churches, it also incorporates elements from other Christian periods including chancel mosaics, a baptistery, and the Siena-marble altar each in the Byzantine style, and a Spanish-baroque rood screen. The Norman-style bell tower has 119 steps, and a carillon with 49 bells–one of the largest in the country.

The altar, installed in 1892, is dedicated to Bishop George Doane, the Second Bishop of New Jersey. In the chapel, a banner depicting “The Good Shepherd” is based on the one in the Catacombs of Rome, except the background fabric is from a parishioner’s wedding dress. The Italian marble altar was installed in 1926, and the unique niche pulpit is a similar style to many 14th century English parish churches.

A 19th century Tiffany stained glass window was installed in 1890. Since it didn’t complement the Gothic-style windows, St. Peter’s hired the Whitefriars Glass Works in England, who followed 14th century glass production methods and created windows reminiscent of the Golden Window of Wells, widely recognized as the finest example of 14th century stained glass. The windows were installed from 1910 to 1926.