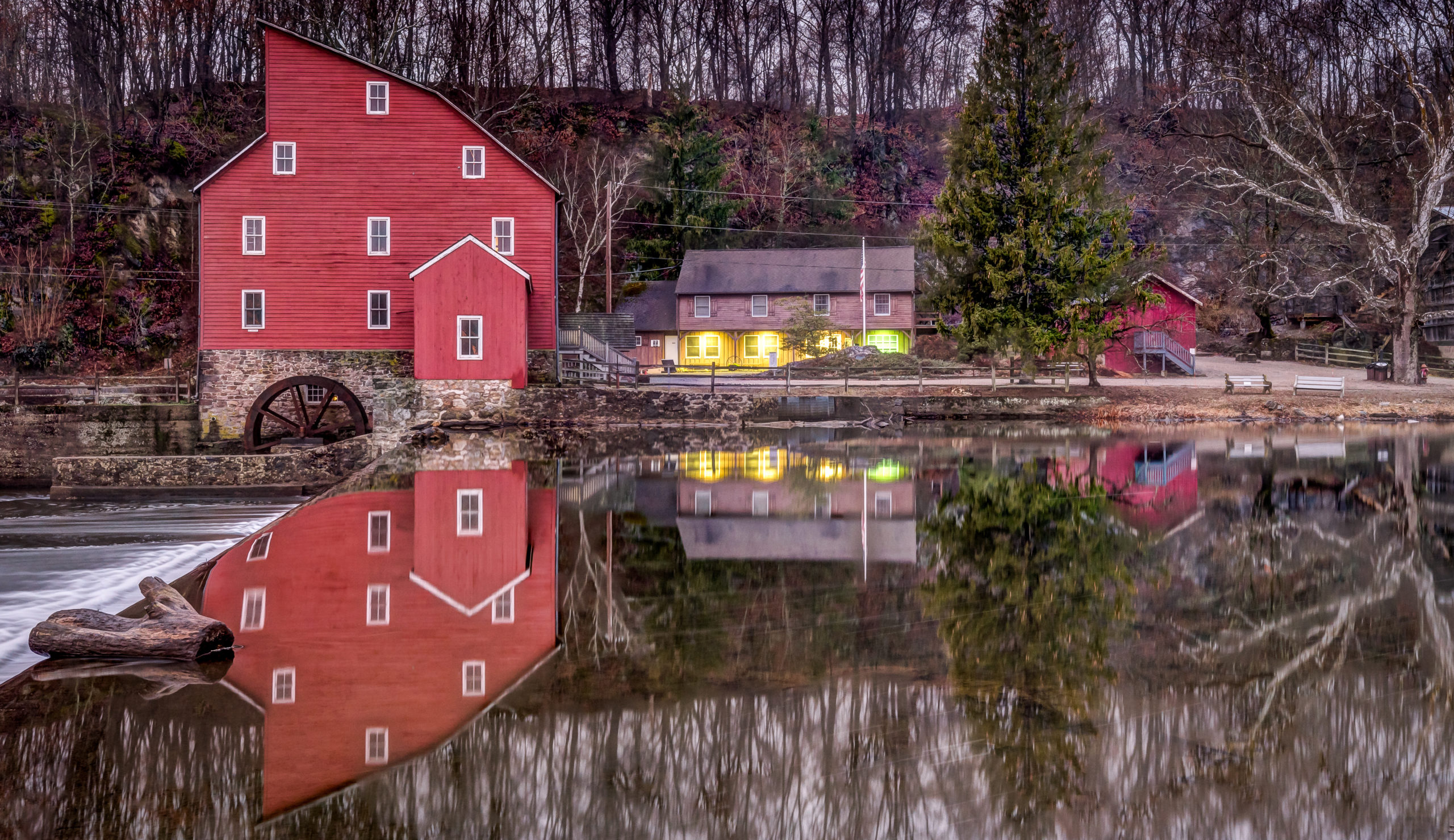 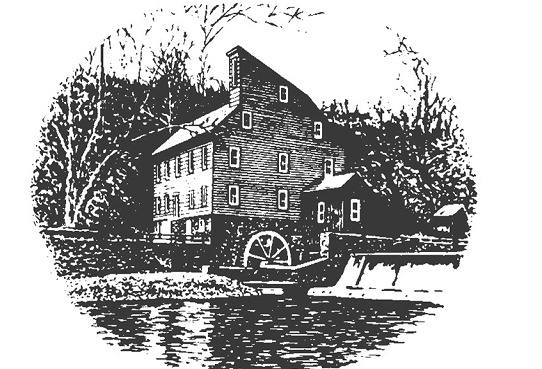 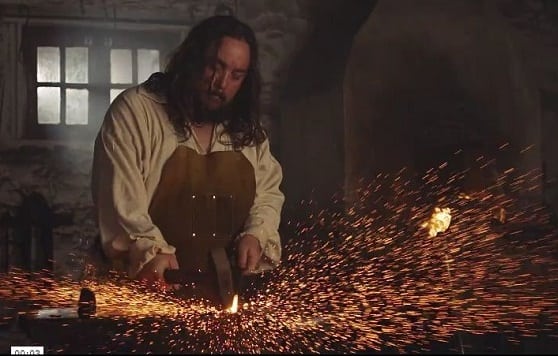 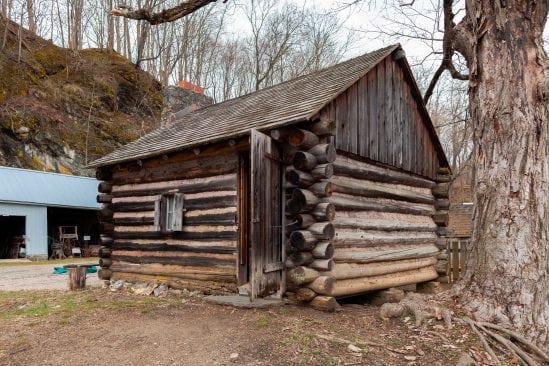 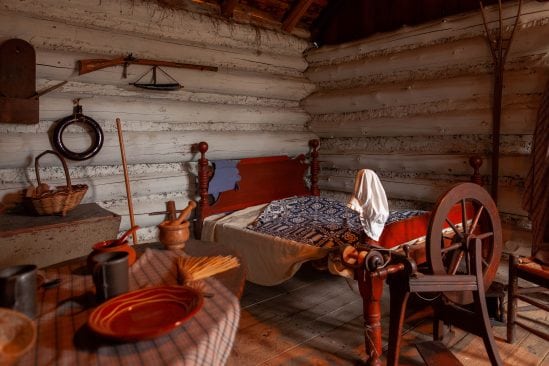 The iconic Red Mill is set next to the South Branch of the Raritan River and surrounded by the 1848 Mulligan Quarry which was operational until 1963.  Set on ten acres, most of the quarry structures remain with a few historical additions to complete the village.  The Red Mill was built around 1810 as an industrial mill and has served several roles, including a wool processing plant, a peach basket factory, and a textile mill. It is now a museum that is part of the Red Mill Museum Village and is listed on the New Jersey and National Register of Historic Places.  Owing to its spectacular location, the mill is one of NJ’s most photographed sites.

The Red Mill’s long, sordid history reflects the changes in early industrial New Jersey from 1810 to 1928. Ralph Hunt originally built it as a woolen mill, but thanks to over saturation and competitive pricing, never turned a profit. Within 10 years, he lost his family’s 400-acre property. Next, from 1828 to 1834, the Taylor family continued wool production but also ground feed and flour. Diversifying didn’t help, and they sold the mill at a loss. This continued throughout a series of unlucky owners until Philip Gulick, in 1873, made peach baskets on the first floor and ground grist on the second and third. He later set up The Clinton Illuminating and Water Company within the mill, using it to provide power for streetlamps.

The museum within the mill showcases its fascinating business and industry history. Visitors can also visit the outbuildings and the Mulligan quarry.

For a look behind the scenes, see our video.

Check website for hours/days of operation which change seasonally