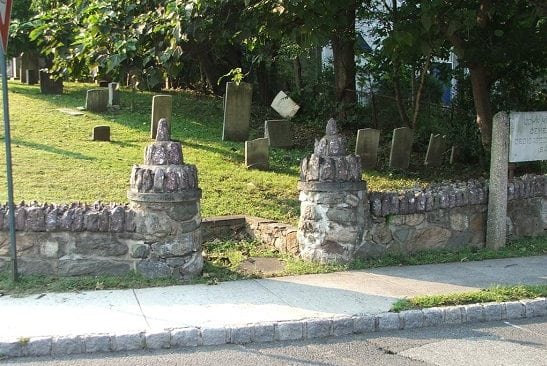 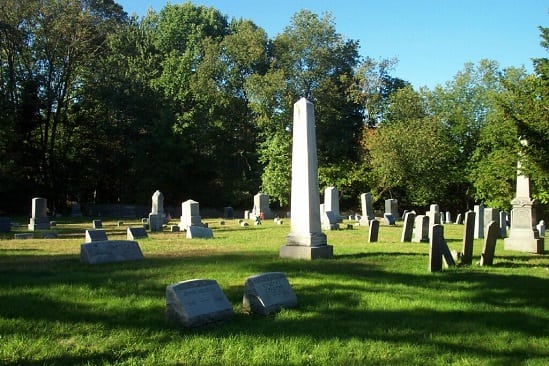 When Methodist minister Reverend John Hancock died, his will stipulated that the Hancock family cemetery (created in 1849) be opened to the public. By then, Hancock was a well-known member of the State Legislature and credited as the “father” of Methodism in this area. Six generations of Hancocks are buried here, along with 500 early Florham Park settlers (many of whom helped establish Madison’s Methodist Church and Drew Theological Seminary). The cemetery is located on a small hill west of the Hancock House and historic cider mill.  It was used as a burying yard as early as 1781.

Reverend John Hancock built the Hancock House in 1802, when he first purchased four acres along Ridgedale Avenue. Eventually, his property grew to a 100-acre family farm. The Hancocks went on to start a popular broom business and later on, produced apple cider and vinegar.

• The Hancock Cemetery is listed on the State and National Registers of Historic Places.